According to a survey done by the Pew Research Center earlier this year, the monthly cost of broadband is a leading factor in limiting access. Additionally, BroadbandNow views the FCC data on broadband access as flawed and that lack of access is higher than 42 million Americans.

Remote working, distance learning and telehealth have all become necessities due to COVID-19.

The Department of Commerce’s National Telecommunications and Information Administration released a new publicly available digital map in June that displays key indicators of broadband needs across the country.

Large federal subsidies are likely necessary to provide broadband coverage across the country. Broadband access is essential to economic growth. If the view takes hold that broadband is an essential service like water/sewer/electric/gas utilities, stronger cases can be made for broadband municipal bond issuance.

Below is a list of key programs in the IIJA to make broadband more accessible and affordable. 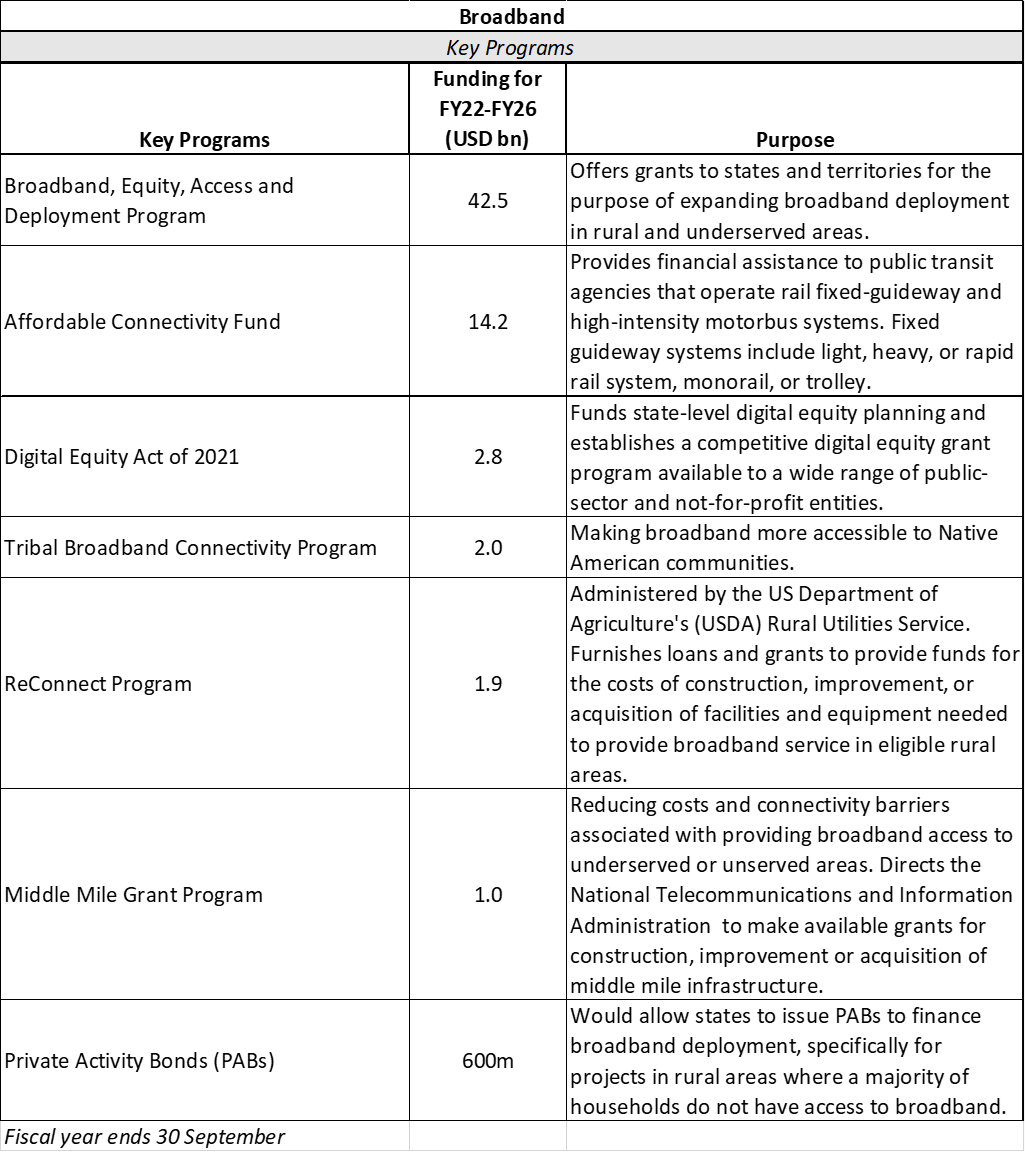 On 28 October, President Joe Biden announced an agreement for USD 1.75trn on the soft infrastructure legislation. As these negotiations continue, Debtwire Municipals, through our Bill in Brief series, will write periodic summaries on elements of the IIJA that directly affect state and local governments.