The already complicated Chapter 11 case of ONE Aviation continues its twists and turns as parties battle over a motion to convert the case to Chapter 7 and a sale that has already closed.

ONE Aviation, an aircraft manufacturer, sold its Eclipse assets to AML Global Eclipse for USD 5.25m in a deal that closed on 30 November 2020. But on 4 January, AML filed a letter on the court docket claiming that upon arrival at its newly purchased facility in Albuquerque, New Mexico, it discovered that 19 filing cabinets and various servers containing key financial information were missing. AML counsel accused the debtor of “actively working to undermine” AML’s transition efforts.

The debtor responded on 20 January, arguing that AML did not buy the Eclipse division as a going concern, but bought “discrete Eclipse assets from ONE in a liquidation sale” and is now trying to possess assets that were excluded from the sale. The debtor reported in a 27 January status update that negotiations on a resolution are “at an impasse” and Judge Christopher Sontchi issued an order on 28 January prohibiting the destruction, removal, transportation or deletion of the filing cabinets and their contents pending resolution of the dispute.

ONE Aviation’s unsecured creditors committee (UCC), meanwhile, is looking to convert the case to Chapter 7, claiming the estate is administratively insolvent and expressing concern over the AML allegations. The debtor supports the conversion motion but lender Citiking International is objecting.

Citiking has been deeply involved in the case since ONE Aviation filed for Chapter 11 in October 2018, when it was set to take the company’s equity through a debt-for-equity swap of Citiking’s USD 58m debt. The court confirmed that plan, but the parties were never able to put it into effect. ONE Aviation regrouped in late 2020 with the AML deal, but Citiking reappeared, again looking to acquire the debtor’s assets. Citiking is appealing Judge Sontchi’s order approving the AML deal over its objection.

Citiking had initially filed only a limited objection to conversion, saying it supports the motion as long as the order directs the debtor to provide Citiking with all documents concerning the AML sale and states that a professional fee escrow is not property of the bankruptcy estate. But the UCC filed a revised conversion motion days later, and Citiking responded with a firmer objection, claiming that the proposal “dramatically and adversely affects” Citiking’s rights. A hearing on the conversion motion is set for 18 February.

On 29 January, Citiking added to the mix a motion to compel the debtor to compel the return of a professional fee escrow and diverted plan funded accounts totaling several million dollars. That matter will also go forward at the 18 February hearing. 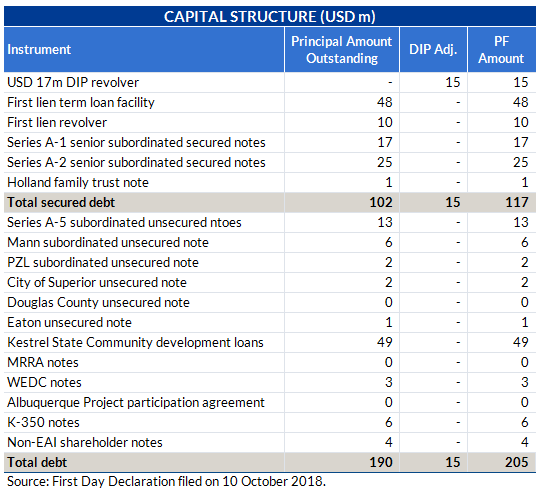