The National Rifle Association of America (NRA) on Monday afternoon (3 May) gave its closing arguments in the lengthy trial on dismissal of its Chapter 11 case, sought by New York Attorney General Letitia James and Ackerman McQueen, an advertising agency that is the debtors’ largest creditor. Debtor counsel asserted that the proponents for dismissal provided a very weak evidentiary record in support of their motion.

Attorneys for the NYAG and Ackerman gave closing arguments earlier in the day, before a mid-day break. Now that the trial has ended on its 12th day, Judge Harlin Hale of the US Bankruptcy Court for the Northern District of Texas plans to issue a written ruling in about a week. Judge Hale said this isn’t the longest trial he’s had, nor was it the largest in terms of dollar amounts at issue, but it has definitely been a hard one for everyone. The judge also said this is one of the most important cases he has overseen and he’s putting it at the “top of importance.”

The proponents of dismissal or, alternatively, the appointment of a Chapter 11 trustee allege that NRA management engaged in fraud and gross mismanagement, and that EVP Wayne LaPierre placed the NRA into bankruptcy in bad faith to skirt regulatory oversight and lawsuits. Prior to the bankruptcy case, the NYAG filed a dissolution lawsuit against the NRA in August 2020 and LaPierre is one of the named defendants.

The NRA has denied allegations that it filed its Chapter 11 case in bad faith, arguing instead that it properly sought Chapter 11 protection to reorganize in Texas, which it views as having a less hostile regulatory environment than New York. The NRA has further argued that the dismissal proponents have essentially asked the bankruptcy court to pre-judge the Chapter 11 plan and decide that the NRA cannot reorganize. The NRA just filed its plan on Sunday (2 May) and Debtwire has published a plan profile. 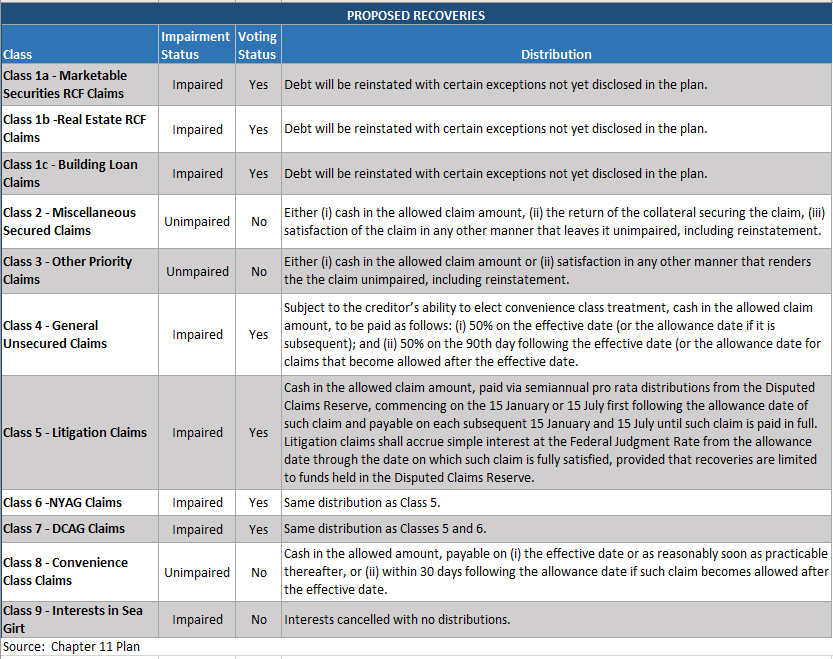 Debtor counsel Gregory Garman, of Garman Turner Gordon, argued during the hearing that there were a great deal of allegations asserted in opening and closing arguments from dismissal proponents, but the actual evidentiary record itself is limited and weak.

Despite allegations that NRA issues with compliance and governance are still a problem, Garman said that is not true, noting that acting CFO Sandra Rowling was one of the whistleblowers who expressed concerns in 2017 about the debtors’ practices, including related to expensing practices, and said they needed to be looked into. After that, the debtors have said they underwent a “self-correction” to clean house and address the misconduct by certain directors, who are no longer with the NRA.

Garman said there is no other civil rights association that has the same scope as the NRA and the NRA is growing. He said that shows that members of the NRA support and trust management. In opening arguments from the NYAG and Ackerman, Garman noted that they said they would present evidence about LaPierre taking private flights on the NRA’s dime with his family members for vacations. However, he said, evidence of that didn’t come out in testimony and some of the trips in question did indeed have proper business purposes. Other trips, including yachting excursions, weren’t paid for by the NRA at all.

The dismissal proponents argued that the large size of the NRA’s board makes it inefficient, but Garman said that is actually a strength – they have strong-willed disagreement, which is good. Further, he said, the board members take their job seriously and there is not a “shred” of evidence to suggest otherwise.

Garman said the NRA didn’t file for bankruptcy to get out of the NYAG litigation. As Congress provided for under the bankruptcy code, he said, that litigation is not stayed and is going forward on parallel jurisdiction.

Garman said he is “troubled by how far the evidence is being stretched” to make it seem like the NRA did something nefarious. He rejected arguments from the NYAG and Ackerman about  this case setting a “dangerous” precedent that could allow others to enter bankruptcy to avoid dissolution or regulatory authority, calling those arguments “hollow” due to the NYAG litigation not even being stayed.

The plan filed on Sunday would pay creditors in full and improves corporate governance, Garman said. Class six under the plan is made up of claims asserted by the NYAG – they get a claim and treatment under the plan that will be based on the litigation, he said. Because of this, Garman said, the NRA is proceeding exactly as Congress laid out in the bankruptcy code.

Garman also addressed arguments that the NRA didn’t need to file for bankruptcy because it doesn’t have debt and is solvent. He argued that a company doesn’t have to have a debt problem in order to enter bankruptcy.

As for the potential for a Chapter 11 trustee instead of dismissal, Garman said “this is the weakest record I have ever encountered” in favor of a trustee appointment. As the NRA has repeatedly stated, misconduct from past officers has been addressed and therefore, the movants can’t meet the burden of proof to get a trustee appointed.

Even though dissolution wasn’t imminent because the NYAG’s litigation has to go through the courts, Garman said “there is more than one way to kill an organization.” The New York government had begun taking steps to not allow the NRA to obtain directors and officers’ insurance and interfered with bank accounts, he said.

In rebuttal arguments, Pronske said he objected to Garman discussing the plan as it wasn’t entered as evidence in the dismissal trial and was only filed Sunday evening. He said he assumed the court wouldn’t consider the plan itself as part of the ruling on dismissal. Judge Hale confirmed that he hadn’t even had a chance to review the plan.

Pronske also reiterated the NYAG’s argument that filing for bankruptcy largely to reorganize as a Texas corporation is not a proper use of the bankruptcy court. “This is the worst abuse I’ve ever seen,” Pronske said.

Brian Mason, of Dorsey & Whitney, representing Ackerman, also gave a brief rebuttal argument. He said the organization can’t stay in bankruptcy because the filing was improper and therefore the foundation of the case is “rotten.”

"You can’t build a house on a rotten foundation,” he asserted.

The NRA filed for Chapter 11 protection in January, reporting approximately USD 203m in assets and USD 153m in liabilities. 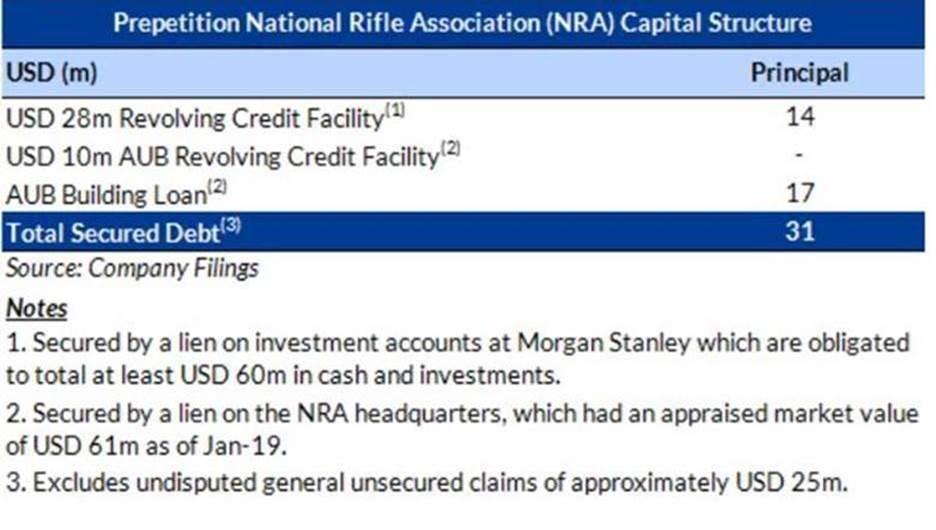