Moelis has filed a lawsuit against Ferrellgas LP after the company refused to pay its USD 20.73m transaction fee for work the firm performed during parent Ferrellgas Partners’ bankruptcy case.

The plaintiff, which served as Ferrellgas’ financial advisor in its Chapter 11 case, alleges that it is owed USD 19.25m under a transaction fee plus USD 1.48m in connection with a high yield bond offering. But, Moelis says, debtor CEO James Ferrell called the firm on 29 March demanding that it accept just USD 10m because he was “not pleased” with Moelis’ performance.

Moelis declined to accept that figure and Ferrellgas in turn paid it nothing when its Chapter 11 plan took effect on 30 March. Moelis filed the lawsuit on Sunday (4 April) in the US Bankruptcy Court for the District of Delaware, where the parent just completed its bankruptcy case.

“Moelis has not engaged in bad faith, gross negligence or willful misconduct in the performance of its services under the engagement letter and accordingly Moelis continues to be entitled to the benefits of the [service] period and the fees with respect to subsequent capital transactions,” Moelis argues.

Moelis reports that it has been Ferrellgas’ financial advisor since 10 July 2019 and the parties entered into an engagement letter on 10 December 2020 in anticipation of the company’s bankruptcy filing. The fees in dispute arise from that engagement letter.

Under the plan, Ferrellgas LP first lien lenders owed USD 700m were reinstated while holders of USD 357m in parent unsecured notes received 100% of the parent’s Class B equity. The company is funding its post-bankruptcy operations with exit financing consisting of USD 650m in 5.375% senior notes due 2026 and USD 825m in senior notes due 2029. 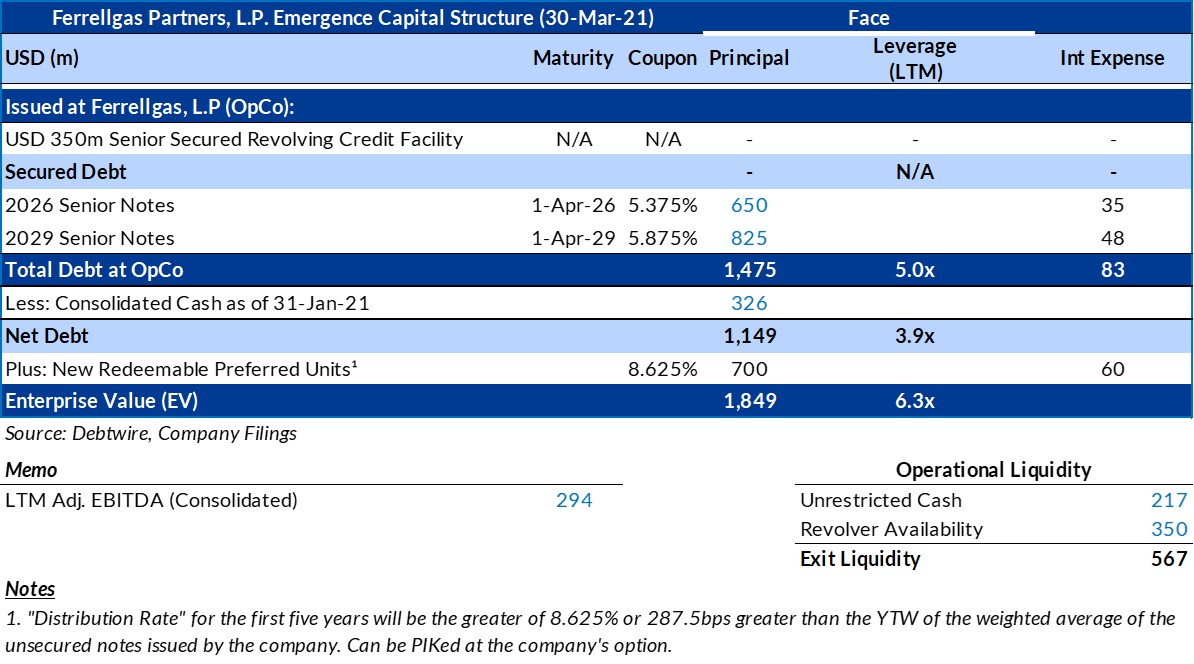 The case is In re: Moelis & Company LLC v. Ferrellgas LP, number 21-50312, in the US Bankruptcy Court for the District of Delaware.