JCPenney today filed a settlement agreement with a minority group of first lien lenders that aims to resolve disputes that could have held up confirmation of a Chapter 11 plan and an integrated set of transactions that involve selling the retailer’s property assets through a credit bid, while its operating business would be sold to mall owners Simon Property Group and Brookfield Property Partners.

The lender settlement comes as JCPenney moves toward a hearing in the US Bankruptcy Court for the Southern District of Texas on its proposed set of restructuring transactions. Simon and Brookfield have jointly bid for JCPenney's operating assets, referred to in the retailer’s Chapter 11 case as the OpCo bid. Components of the OpCo transaction include a USD 692m cash payment from the purchasers and the paydown of JCPenney’s asset-based loan (ABL) obligations. As of its Chapter 11 petition date in May, JCPenney had USD 1.179bn in outstanding ABL debt.

In another part of the restructuring, known as the PropCo sale, a group of first lien lenders are set to acquire equity in real estate investment trusts (REITs) that will be established to own a number of stores and distribution centers. That transaction calls for the lenders to make a credit bid, comprising USD 900m under a debtor-in-possession (DIP) facility and USD 100m under first lien loan and note debt. The REITs would then enter a master lease agreement to allow the reorganized OpCo to make use of the stores and distribution centers.

As JCPenney has attempted to secure court approval of the transactions, it faced resistance from a minority group of first lien debt holders, which includes Aurelius Capital Management, Bank of America and BofA Securities, Carlson Capital, and First Pacific Advisors, among others. The settlement filed today, however, would resolve the minority group’s concerns and allow both the restructuring transactions and a Chapter 11 plan process to move ahead, according to bankruptcy court documents.

Another part of the settlement involves an agreement on the allocation of the minority group’s participation in the USD 1bn PropCo credit bid. Essentially, that portion of the settlement ensures that the minority group’s allocation would be based on its holdings of first lien and debtor-in-possession (DIP) debt as of 1 November, and that the purchase price for determining the allocation would be fixed at the USD 1bn figure, regardless of whether that credit bid changes before a sale closes. 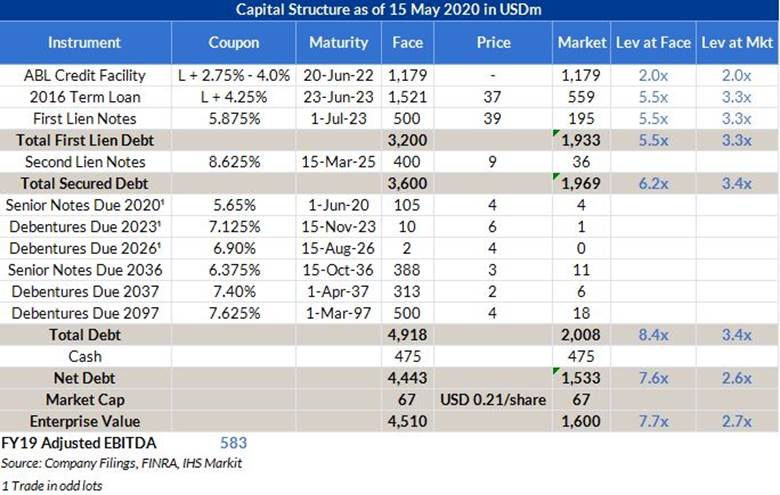