Highland Capital Management co-founder James Dondero has filed a motion to recuse the judge overseeing the company’s bankruptcy case, alleging that she has showed “undeniable animus” toward him.

Dondero claims that Judge Stacey Jernigan of the US Bankruptcy Court for the Northern District of Texas has concluded that any entity associated with Dondero is “essentially no more” than his tool, that Dondero and his affiliates are “vexatious litigants,” and has preemptively disregarded the testimony of any witness who would testify in support of him.

“[B]ased on the facts stated herein and the trajectory they suggest, the only way to ensure that this required impartiality (and, of equal importance, the public perception of same) exists going forward is through recusal of this court,” Dondero argues.

Dondero further argues that the debtor has “leverage[d] the court’s predisposition” against Dondero for its own benefit. The judge confirmed Highland’s plan last month over Dondero’s staunch opposition. Dondero and his affiliates argued that the plan should be resolicited after the final version of the plan decreased the estimated recovery for unsecured creditors to 62.14%, from 85.31%, and took issue with the releases. Dondero and four affiliates appealing the confirmation decision, and earlier this week Judge Jernigan granted his request to appeal the decision directly to the US Court of Appeals for the Fifth Circuit.

Judge Jernigan has not yet scheduled a hearing to consider the motion. The parties are set to return to court today at 9.30am CT for a hearing on Dondero’s motion to stay implementation of the plan pending the completion of his appeal.

Under the plan, Highland’s collateralized loan obligation (CLO) funds will be liquidated over the next two years, with proceeds going to a claimant trust to repay creditors. 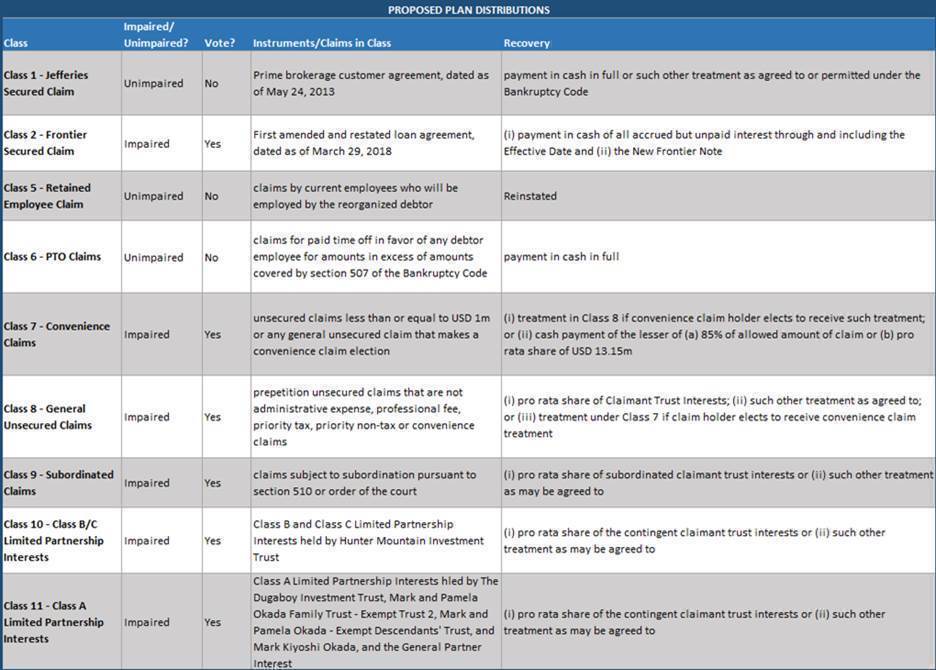