Belk has secured confirmation of its prepackaged plan of reorganization less than 24 hours after filing a Chapter 11 petition.

The office of the US Trustee objected to day-one confirmation, arguing that the company was “racing” through bankruptcy “too quickly,” and taking issue with the plan’s proposed releases. Judge Marvin Isgur of the US Bankruptcy Court for the Southern District of Texas said he would sign an order confirming the plan, but with certain conditions reflecting his and the US Trustee’s concerns about the speed of the restructuring.

The judge suggested that the company extend creditor rights to opt out of releases until 31 March and set a 1 March hearing to consider any individual creditor objections to the plan. The judge added that any individual creditor that had a problem with their claims could come to him, “any court of competent jurisdiction,” or arbitration if they want to avoid coming to his court from other parts of the country for a small claim.

After a break, the debtor, the parties supporting the plan and the US Trustee agreed that those terms were acceptable.

The department store chain has 291 stores in 16 states. The company has been negotiating with its creditors for months after the coronavirus pandemic forced it to temporarily close its stores.

General unsecured creditors, owed USD 443m, are unimpaired and would be repaid in the ordinary course of business. Sycamore would retain its interests, subject to dilution by the new equity going to the second lien lenders. 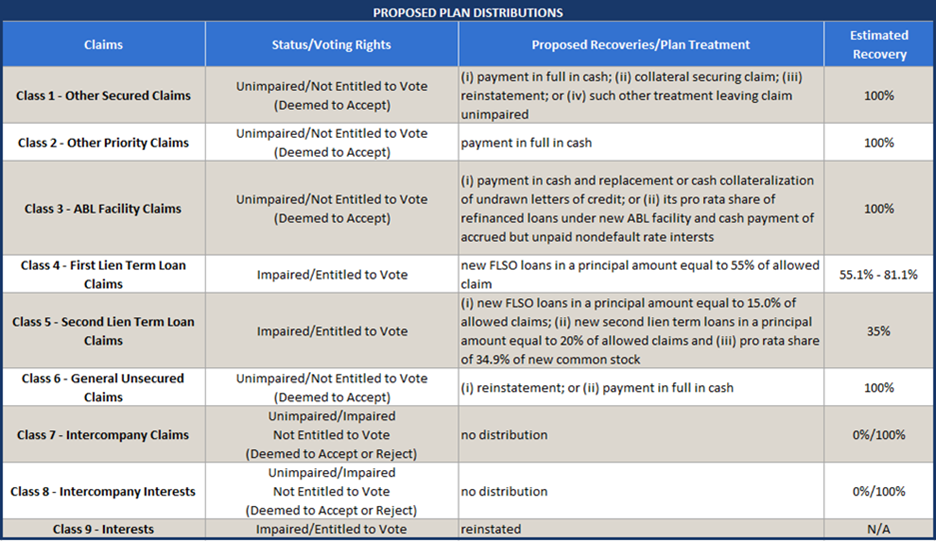