March madness took a toll on CLOs as Moody’s and Standard & Poor’s downgraded 4.25% of the portfolios in the US and 1.84% in Europe to triple C or below in just one month (some of these were already triple C rated, only to fall further). The rating agencies downgraded 160 corporate borrower ratings (corporate family by Moody's, issuer credit by S&P), out of which 104 names feature in US CLO portfolios and 23 names in European CLOs – affecting $29.10 billion and €2.31 worth of CLO loans in their respective markets according to CLO-i.

To put these figures into context, just $4.56 billion of CLO loans were downgraded to triple C in January and February.

The bank research goes on to highlight that the vast majority of CLOs are already breaching their triple C limits and 25% of deals are breaching their OC tests on a pro-forma basis, assuming the excess triple C is carried at 40 cents on the dollar.

Credit Suisse Asset Management has the largest exposure to corporate borrowers downgraded to triple C or below, holding $1.75 billion worth of such assets across 36 US CLOs. CSAM’s bond flex CLO, One Eleven Funding II, holds the largest deal concentration of such loans with 13.07% of its portfolio being downgraded in March, according to CLO-i.

CSAM has the most exposure to five of the 20 largest downgraded CLO loans with Serta Simmons Bedding being the largest contributor ($134.53 million) of loans. Moody’s downgraded the issuer from Caa1 to Caa3 on 24 March. CSAM is also exposed to USF Holdings ($125.86 million), Tradesmen International ($121.96 million) and Dayco ($111.39).

PGIM was the most subjected to downgrades in Europe as €193.38 million of the manager’s CLO loans suffered across 17 deals. Dryden 56 Euro CLO 2017 holds the largest concentration of these loans for the manager as 2.90% of the portfolio downgraded.

Carlyle Group and Barings also have large exposure to downgraded loans in Europe with €176.14 million and €170.88 million worth of CLO loans respectively. Barings Euro CLO 2017-1 has the largest deal exposure for the manager with 4.53% of its portfolio being subjected to triple C downgrades. The deal is failing its Moody's Caa Obligations test as of 28 February by filling up the portfolio with 8% exposure to triple Cs against the allotted bucket of 7.5%, according to CLO-i.

AVSC’s downgrade had the most impact on US CLOs with $1.13 billion worth of paper being held across 495 US CLOs. Ares Management has the largest exposure to the loan with $82.68 million. CBAM’s billion-dollar deal, CBAM 2018-6, has the largest deal exposure, holding $9 million of the paper, which is 1.02% of the portfolio, according to March trustee report.

Largest downgraded issuers in US CLOs

Moody’s downgraded the corporate family rating of AVSC from B3 to Caa2 on 27 March citing expectation for severe deterioration in liquidity through June due to impact of coronavirus on events. S&P put the issuer on Creditwatch negative on 16 March. 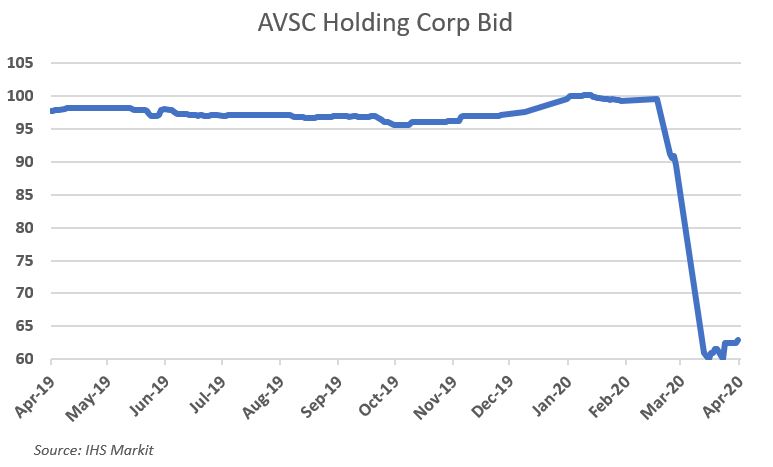 In Europe, Hurtigruten Group’s downgrade leaves the biggest scar as €411.32 million worth of loans from the issuer can be found across 123 European deals. GSO Capital Partners has the largest exposure to the issuer with €58.18 million across 19 deals.

S&P downgraded this Norwegian cruise operator from B- to CCC+ on 20 March, expecting a sharp decline in the company’s earnings that could lead to a covenant breach soon. Due to the virus outbreak, Hurigruten announced a material reduction in bookings with a year on year drop of 60% as of end of March, according to S&P’s report. Moody’s downgraded the issuer from B2 to B3 on the same day as S&P’s downgrade, citing a similar rationale. Moody’s placed its rating on review for further downgrade.

Cirque Du Soleil faced the biggest drop of the month as Moody’s downgraded the issuer from B3 straight to Ca on 18 March. The rating action reflects Moody’s view of a high risk of default after the issuer temporarily suspended all touring and residential shows due to the coronavirus outbreak. CBAM, Sound Point and BlueMountain have the largest exposures to Cirque Du Soleil with $62.5 million, $55.75 million and $54.66 million, respectively. 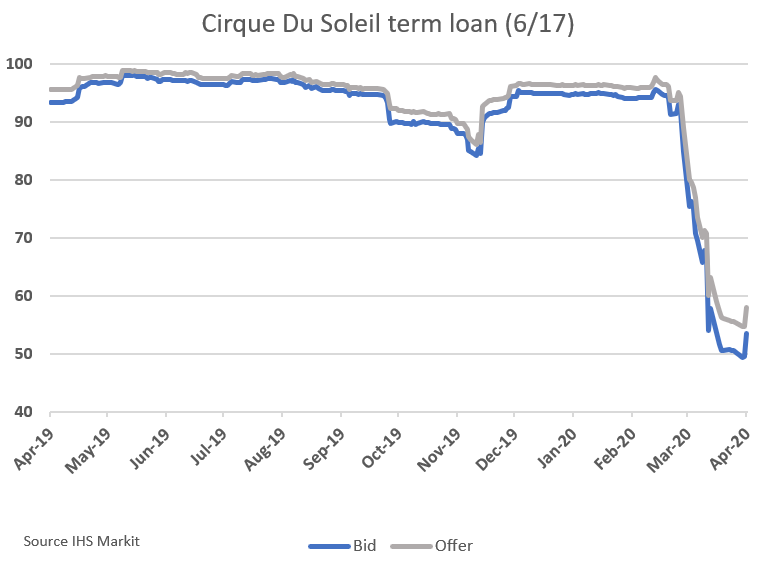 Business and consumer services was the largest hit industry by the rating agencies in US as $8.19 billion of CLO loans of this sector were downgraded to triple C and below. Manufacturing took the second hardest hit by affecting $5.03 billion of US CLO loans. In Europe, hotels, restaurants and leisure received the brunt of the downgrades as it affected €857.75 million of CLO loans. 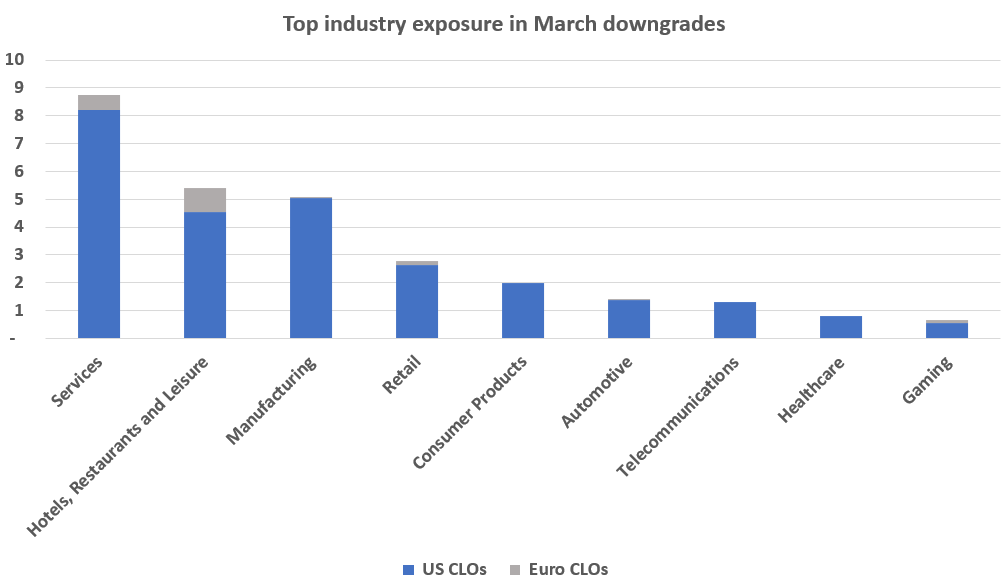